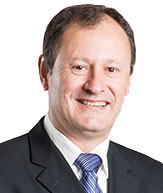 Andries van Heerden has been serving as the chief executive officer of Afrimat Ltd since November 2006. He is also a member of the company's board of directors.

Under Van Heerden's leadership together with the directorate and his management team, Afrimat is committed to becoming the world's most respected construction materials and industrial minerals supplier.

Prior to serving in this role, he was the Chief Executive Officer of Lancaster Group (Pty) Ltd (2005), the Managing Director of Prima Quarries (Pty) Ltd. (2003-2005) and served in various other operational management roles, mostly in the mining and quarrying industries.

Andries is well known for his visionary leadership and was instrumental in 2006 in the formation and listing of Afrimat on the JSE from the merger of Prima and Lancaster.

Being a results driven, performance oriented people person, Andries is constantly investing time and energy in refining the business' strategy. He is passionate about people and leadership development.

With his extensive experience in strategic positioning, engineering, marketing and finance Andries was humbled in November 2017 when he was named the winner of the masters' category of the Ernst & Young World entrepreneur of the year award for the Southern African region. 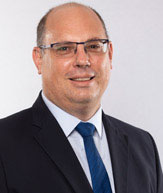 Pieter was appointed as Chief Financial Officer from 1 March 2016. Prior to his appointed as Chief Financial Officer he was the Regional Director of the group’s Kwazulu-Natal and Free State operations where he was responsible for the strategic repositioning of these businesses since 1 October 2013. He also held various other leadership roles in Afrimat since joining the group in 2008, including Company Secretary and Chief Audit Executive. He qualified as a chartered accountant in 2002 and worked for 16 years at PriceWaterhouseCoopers prior to joining Afrimat. Since his appointment as CFO, Pieter’s focus is to transform the finance function into a business partner, adding value to the business. To achieve this he strives to automate and streamline the financial reporting and processes, moving towards near real time reporting, and use predictive analytics to assess where the business is heading. 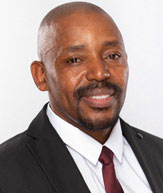 Collin was appointed as Executive Director from the 01 November 2019. He started his career with Afrimat in 2009 as a Quarry Manager. He served in various leadership roles like Group Manager: Mineral Resources Compliance and General Manager: Sustainability. He now holds a position as Executive Head: HR and Sustainability.

Before joining Afrimat in 2009, Collin had a vast knowledge in open cast mining which he has gained over 14 years in the industry. Other positions previously held by him includes civil yard manager (Basil Read) ,Project engineer and Senior Works Manager (AfriSam) and Quarry Manager (Portland Quarry). He is also a member of the Institute of Quarry in South Africa. 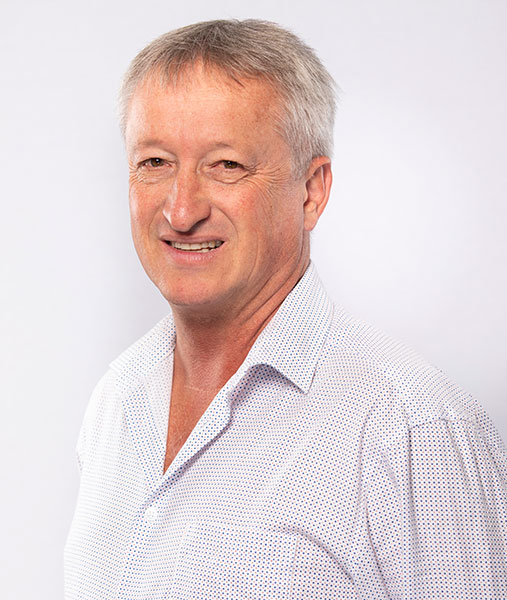 Gerhard was appointed as Executive Director and as a member of the Social and Ethics Committee of the Company from 12 April 2022. Gerhard is highly experienced with a demonstrated history of working in the construction, materials supply, and mining and metals industry.

In his 17-year career at Afrimat, he honed skills in project risk assessment, contract management, project management, strategic planning, and change management. He has a track record of excellent execution and more recently played a key role in the turnaround of distressed mining assets. 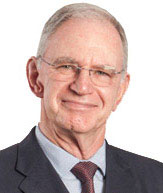 A registered professional engineer, Gert has spent the past 35 years in the civil construction and materials supply industries in various executive management capacities. He joined Afrimat in January 2010. 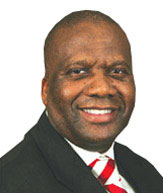 Loyiso has worked as a civil engineer in design and project management for more than 20 years. He specialised in design and contract administration of township services, rural and urban roads and national roads. He has been involved in the conceptual and detailed design of bulk services for the Coega Industrial Development Zone in Port Elizabeth. Loyiso founded Illiso Consulting (Pty) Limited, one of South Africa’s largest black owned consulting engineering companies, of which he is currently a director and the major shareholder. 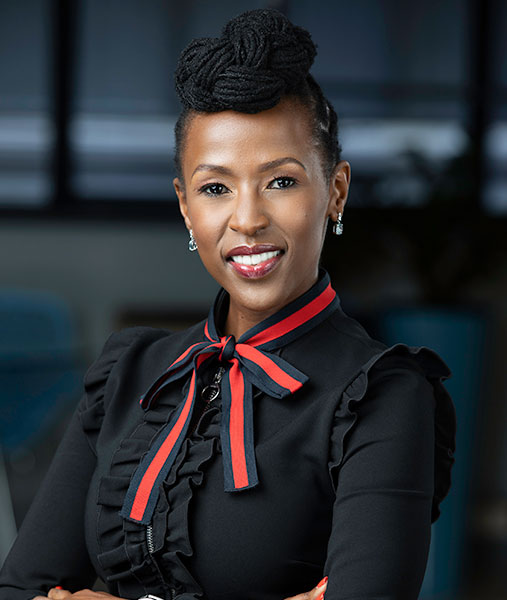 Sisanda was appointed as a Non-Executive Director and as a member of the Audit and Risk Committee of the Company from 1 May 2022. She has over 18 years of experience in the financial services sector, with extensive experience in structured finance, capital raising, corporate finance, infrastructure, and public-private partnerships financial advisory. Ms. Tuku is currently the Chief Executive Officer of THEZA Capital (Pty) Ltd, a financial advisory services company with a 14-year track record of ground-breaking transactions.

Prior to this, Ms. Tuku was part of Investec Bank’s structured finance team where she was responsible for funding transactions in the mid-market space, including mergers and acquisitions, leveraged buyouts as well as black economic empowerment deals. Ms. Tuku is passionate about elevating people, the businesses she is involved in as well as developing her leadership skills. 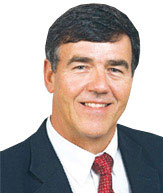 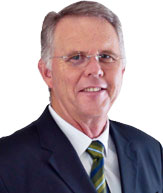 Helmut is an independent entrepreneur since 1987. His field of experience includes logistics, commercial property, mining and business management.

Chairman of the Board of Directors:

Helmut is currently also a director in various other private companies involved in commercial development. 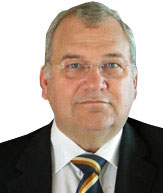 Derick, a chartered accountant, has extensive experience in the property and real estate, construction, and manufacturing industries. He has worked at Imperial Cold Storage and as regional financial director in the Stocks & Stocks group. Derick was financial director and then managing director and CEO for the Victoria & Alfred Waterfront, ("V&AW") in Cape Town. He is currently the CEO of People Spaces a development management and consultancy company. Derick is a medal holder of FIABCI (International Real Estate Federation), an associated member of the Chartered Institute of Building and past member of S.A. Institute of Realtors. He is a non-executive director for the PNA Stationers group and trustee of Two Oceans Aquarium and has served on various other boards of directors and trustees. 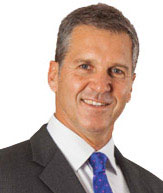 He is now Co-CEO of African Rainbow Capital and a non-executive director on the Sanlam Investments, Sanlam Capital Markets and Sanlam Employee Benefits Boards. 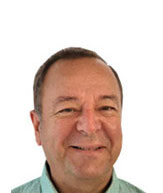 Francois holds a BEng (Mechanical) and MBA degree and has 34 years’ of experience in the mining industry. He has extensive experience in company strategy, major capital projects, commercial negotiations, business development and engineering. He was a member of the inaugural executive committee when Kumba Iron Ore Limited, a subsidiary of the Anglo American plc group, was listed on the JSE in November 2006 and served on the executive committee and the board of Sishen Iron Ore Proprietary Limited, a Kumba Iron Ore Limited subsidiary up until April 2015. Prior to this Mr Louw served in various operations and project positions in the iron ore, heavy minerals and coal sectors.

We use cookies on our website to give you the most relevant experience by remembering your preferences and repeat visits. By clicking “Accept All”, you consent to the use of ALL the cookies. However, you may visit "Cookie Settings" to provide a controlled consent.
Cookie SettingsAccept All
Manage consent

This website uses cookies to improve your experience while you navigate through the website. Out of these, the cookies that are categorized as necessary are stored on your browser as they are essential for the working of basic functionalities of the website. We also use third-party cookies that help us analyze and understand how you use this website. These cookies will be stored in your browser only with your consent. You also have the option to opt-out of these cookies. But opting out of some of these cookies may affect your browsing experience.
Necessary Always Enabled
Necessary cookies are absolutely essential for the website to function properly. These cookies ensure basic functionalities and security features of the website, anonymously.
Functional
Functional cookies help to perform certain functionalities like sharing the content of the website on social media platforms, collect feedbacks, and other third-party features.
Performance
Performance cookies are used to understand and analyze the key performance indexes of the website which helps in delivering a better user experience for the visitors.
Analytics
Analytical cookies are used to understand how visitors interact with the website. These cookies help provide information on metrics the number of visitors, bounce rate, traffic source, etc.
Advertisement
Advertisement cookies are used to provide visitors with relevant ads and marketing campaigns. These cookies track visitors across websites and collect information to provide customized ads.
Others
Other uncategorized cookies are those that are being analyzed and have not been classified into a category as yet.
SAVE & ACCEPT
Call Me Back